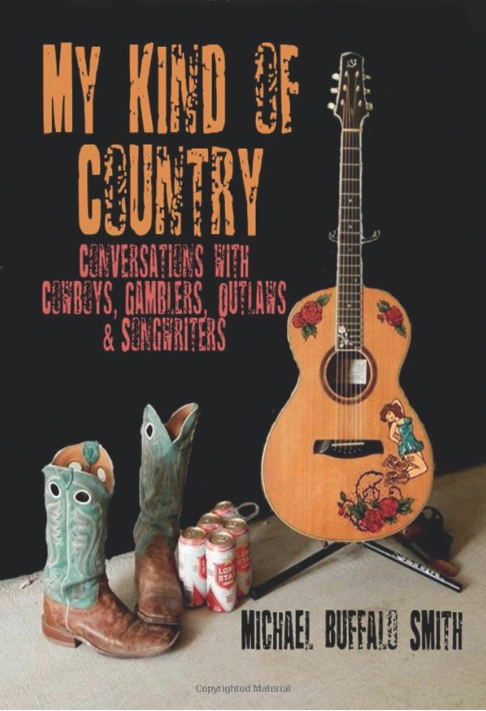 My Kind of Country: Conversations with Cowboys, Gamblers, Outlaws and Songwriters (Lulu Publishing, 2016)

$24.00
Add to cart
Southern music historian Michael Buffalo Smith presents a series of interviews with some of country music's biggest stars, assembled from his archive of over 15 years of conversations. From Cowboy Jack Clement to Bobby Bare, Jerry Reed to Shooter Jennings, the volume is filled to the rim with country music history, stories and photographs. 338 Pages.

"This is a real treat for me to be included alongside all of these talented folk. Get a copy and read it! Snowman out!" - Jerry Reed (Legendary country guitarist, Singer and songwriter)

"It's my kind of country too, Buffalo. Good stuff." -Shooter Jennings (Superstar son of Waylon and Jesse)

"A great collection of interviews with folks that matter a lot, but that too often are overlooked these days." - Country Weekly

Appendix  Greatest Country Albums of All Time (In my Opinion)